A Tale Of Six Rabbits.

So, Hazel lives with us.

We adopted her some months back. She is the prettiest and softest bunny I have ever met. She doesn't like to be held though.That is fine and she has a nice big hutch and seems super happy. But I have three kids that really want to hold her.... all the time. 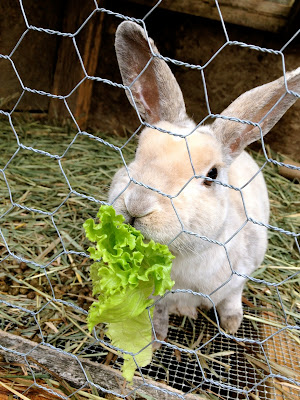 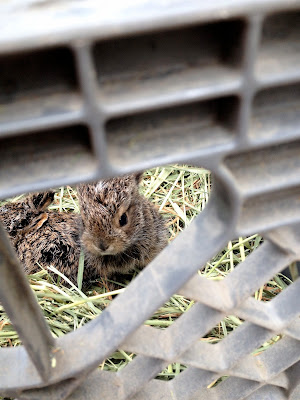 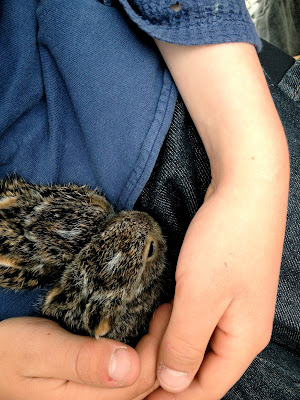 They must have been in a nest in the big brush pile out back.
We (Jeff) were chopping and burning the brush today,
and a baby fell out!

Then Roo-the-dog found a second baby nearby that Sully saved.
(Just like Kodi and the baby jays.)

The kids got to hold them. I couldn't say no. I couldn't resist myself. So soft and sweet. 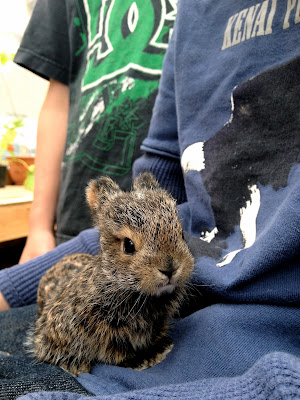 We researched the possibility of raising them.

But with that research, we also became hopeful that the mama will still find them tonight when it gets dark if we leave them near their old nest. The babies have a faint stripe of white on their forehead and that means that the mama isn't done caring for them yet.

There have been lots of tears and worry and falling in love out here today. We know that their best chance of survival is with their mom. Its hard, but its nature. We like to trust nature.

We don't know what we will do if it looks as though the nest and sticks we placed around it weren't distubed. That would mean the mother didn't come in the night. We will have to figure out a Plan B. 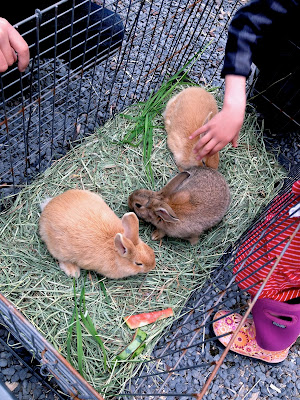 I just did what every other normal person would do when their animal loving kids are sad about giving up little wild bunnies, I adopted three Flemish Giants instead.

Seemed totally rational at the time.